The U.S. Attorney’s Office court filing did not specify which possible crimes are being investigated by the FBI. According to court documents, the office wants to review emails and text messages sent over a three-year period.

The motion also reads, “The U.S. Attorney’s Office for the Northern District of Georgia is conducting a criminal investigation into the attorney.”

Coomer, the former majority whip in the state House of Representatives, voluntarily agreed to a suspension in December 2019 when Georgia’s judicial oversight agency filed ethics charges against him. Since then, Coomer has been suspended with pay – he earned $196,000 in 2020 – while senior judge Herbert Phipps replaced.

Coomer’s legal troubles began in earnest in March 2020 when a former client, Jim Filhart, 78, sued him for fraud and malpractice. According to the lawsuit, Filhart made two loans totaling $289,000 to a Coomer-controlled holding company on terms extremely favorable to Coomer. At that time, Coomer was a private attorney.

One of the loans, for $159,000, was to be repaid when Filhart would have been 106, had he lived that long. Coomer also prepared wills for Filhart that would have given Coomer access to nearly all of Filhart’s estate, according to the lawsuit.

After the complaint was filed, Coomer told AJC, “I completely and totally deny the allegations of fraud. I can’t deny this strongly enough, because it’s absolutely untrue.

Coomer settled the lawsuit with Filhart months later, paying him in full.

In October 2020, the state Ethics Commission filed a separate complaint against Coomer. He alleged he violated state campaign finance laws by improperly transferring nearly $22,000 from his old House campaign account to his personal checking account as well as the bank account. of his law firm when he lacked funds.

In December, Coomer settled the ethics commission case by agreeing to pay a $25,000 fine.

The JQC complaint alleges that the judge, when he was a lawyer, used his position to take advantage of Filhart’s estate and borrowed money from him on unfair terms. He also accuses Coomer of repeatedly violating campaign finance laws.

In another allegation, the JQC said The day after the AJC first reported Filhart’s lawsuit against Coomer, Coomer submitted a mortgage application to SWBC Mortgage Corporation to obtain funds by refinancing his home. Those funds were ultimately used to help repay Filhart’s loans, according to the JQC filing.

The mortgage application required Coomer to list all of his outstanding debts, but he did not list the loans owed to Filhart in the application, according to the JQC filing.

Coomer’s lawyers sought to have the suit dismissed, saying he could not be disciplined for behavior that occurred before he became a judge. But Fulton Superior Court Judge Robert McBurney, who chairs the JQC hearing panel, recently issued a ruling that the oversight agency can bring charges of alleged misconduct that occurred before a judge did. take office. 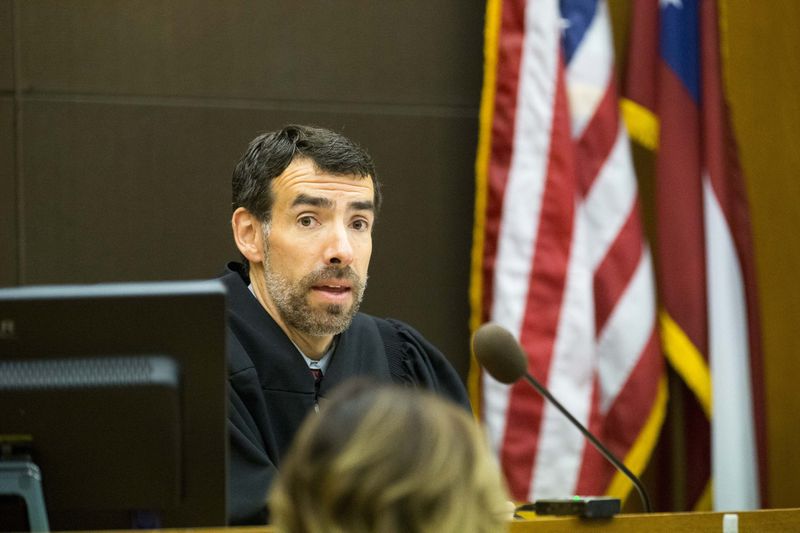 The recent filing by the U.S. Attorney’s Office with regard to search warrants, there was discussion of the use of what is called a “screening team”. This is a group of federal prosecutors and FBI agents who would review an attorney’s private communications to remove privileged emails or text messages with clients.

In an order issued in December, U.S. District Judge Steven Grimberg noted that the seized emails and text messages may include privileged communications with customers who are not the subject of a government investigation and customers who may be criminally prosecuted in unrelated cases.

For this reason, Grimberg ordered the U.S. Attorney’s Office to assign a screening team made up of people working in a Justice Department office outside of Georgia and not in six other states where the “attorney” had clients. The judge also established a review process for the production of communications related to the ongoing criminal investigation and the protection of those unrelated to it.